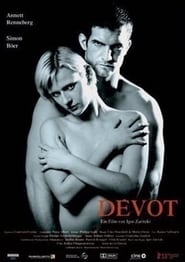 Devotion tracklist: help us to build the biggest library of soundtracks.

In total despair, Anja is about to throw herself from a bridge. At that very moment, Henry drives past in his car. Thinking she's a prostitute, he invites her home with him. Anja pretends to be what Henry initially thought. She refuses to explain the reasons for her apparent attempt at suicide. The two begin to play strange games, engage in unusual sex, leading Anja to try fleeing the apartment, but Henry catches her. Forced by Henry, Anja tells him about Lilly who was raped and then killed someone, leaving Henry with the impression that Lilly and Anja are one, the same person. They play more mind games, make love, and after Anja going back and forth trying to leave, Henry finally lets her go. She goes, but is back again soon after. And with a vengeance, she causes a series of strange events which will change the course of both of their lives
Gatunek: Drama
Countries: Germany
Released on: 7 Feb 2003     Boxoffice: unknown

Soundtrack Devotion music above, see and visit videos to listen the song.