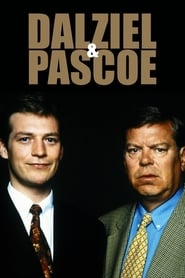 Dalziel and Pascoe s10e03 tracklist: help us to build the biggest library of soundtracks.

| What is name of music by Barrington Pheloung at end of Dalziel & Pascoe detective series?

Dalziel and Pascoe s10e03 About

Dalziel and Pascoe are going to Amsterdam for a police conference. On the night of their arrival it already goes wrong, when the men lose each other. The next morning Dalziel finds himself into a room, next to him a very dead girl. Dalziel soon turns out to be the prime suspect. Soon afterwards another murder is committed, this time a body has been found, floating in a channel. Pascoe is left to carry out his own investigation with the help of DC Lateef and WPC 'Posh' Spicer.
Gatunek: Crime, Drama
Countries: GB
Released on: 27 Mar 2006     Boxoffice: unknown

Soundtrack Dalziel and Pascoe s10e03 music above, see and visit videos to listen the song.