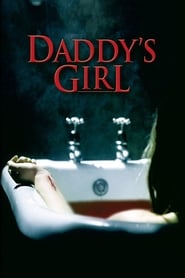 Daddy's Girl tracklist: help us to build the biggest library of soundtracks.

Nina (Jaime Winstone), a troubled teen, is fixed on an uninterrupted feast of destruction when she’s forced to confront her immortality and twisted blood lust. Trapped between light and dark, psychosis and reality, the living and the dead, she’ll stop at nothing to satiate her CRAVINGS. Every addiction has a price, and usually it’s the cost of a life. Her price will be life too…but never her own.
Gatunek: Horror
Countries: United Kingdom
Released on: 31 Dec 2005     Boxoffice: unknown

Soundtrack Daddy's Girl music above, see and visit videos to listen the song.