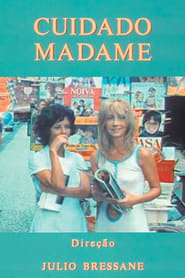 Cuidado Madame tracklist: help us to build the biggest library of soundtracks.

“The theme is the revolt of the slaves, the repressed who because they have no way out decide to turn ten or twenty days into an eternity. So they kill their masters. They will certainly die, but that space of freedom, even if it only lasts a week, for them is an eternity.”
Gatunek: Comedy, Crime
Countries: Brazil
Released on: 31 Dec 1969     Boxoffice: unknown

Soundtrack Cuidado Madame music above, see and visit videos to listen the song.