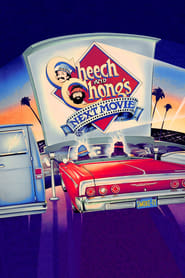 Cheech & Chong's Next Movie tracklist: help us to build the biggest library of soundtracks.

What's the song during the motorcycle scene and artist please?

Cheech & Chong's Next Movie About

Perennially stoned Cheech and Chong tear through the city of Los Angeles, causing trouble wherever they go. After Cheech loses his job, the two pot enthusiasts head to the welfare offices where Cheech's girlfriend, Donna, works. Instead of collecting unemployment, they find themselves thrown back on the streets, searching for a way to earn new income. But when Cheech's cousin, "Red" Mendoza, arrives, things get even crazier.
Director: John Paragon    Gatunek: Action, Adventure, Comedy
Countries: United States of America
Released on: 17 Jul 1980     Boxoffice: unknown

Soundtrack Cheech & Chong's Next Movie music above, see and visit videos to listen the song.