Beyond the Forest soundtrack

Beyond the Forest tracklist

Beyond the Forest soundtrack: complete list of songs used in the movie/tv show. 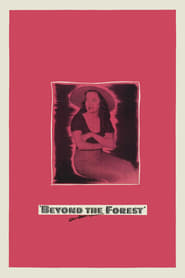 Beyond the Forest tracklist: help us to build the biggest library of soundtracks.

Beyond the Forest songs: full list of tracks included in your favourite film.

Beyond the Forest About

Rosa, the self-serving wife of a small-town doctor, gets a better offer when a wealthy big-city man insists she get a divorce and marry him instead. Soon she demonstrates she is capable of rather deplorable acts -- including murder.
Gatunek: Drama, Thriller
Countries: United States of America
Released on: 21 Oct 1949     Boxoffice: unknown

Soundtrack Beyond the Forest music above, see and visit videos to listen the song.

Beyond the Forest audio free titles ready to watch on youtube and familiar mp3 services.