After We Fell soundtrack

After We Fell tracklist

After We Fell soundtrack: complete list of songs used in the movie/tv show/game. 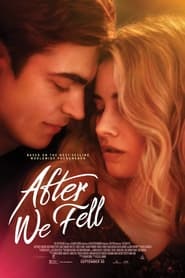 After We Fell tracklist: help us to build the biggest library of soundtracks.

After We Fell songs: full list of tracks included in your favourite film.

After We Fell About

Just as Tessa's life begins to become unglued, nothing is what she thought it would be. Not her friends nor her family. The only person that she should be able to rely on is Hardin, who is furious when he discovers the massive secret that she's been keeping. Before Tessa makes the biggest decision of her life, everything changes because of revelations about her family.
Gatunek: Romance, Drama
Countries: France, United States of America
Released on: 31 Aug 2021     Boxoffice: $14000000

Soundtrack After We Fell music above, see and visit videos to listen the song.

After We Fell audio free titles ready to watch on youtube and familiar mp3 services.