A Mother's Touch soundtrack: complete list of songs used in the movie/tv show/game. 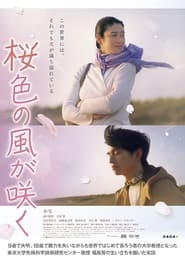 A Mother's Touch tracklist: help us to build the biggest library of soundtracks.

A Mother's Touch songs: full list of tracks included in your favourite film.

A Mother's Touch About

A human drama based on the true story of Satoshi Fukushima, a professor at the University of Tokyo's Research Center for Advanced Science and Technology, who became the world's first deafblind university professor, and his mother, Reiko. Reiko lives with her teacher husband and three sons in a town in the Kansai region. The youngest son, Satoshi, who lost his sight when he was a child, grew up with a naivete surrounded by the love of his family and went to high school at a school for the blind in Tokyo, but at the age of 18 he also lost his hearing. Wracked by loneliness in a world of darkness and silence, Satoshi was given hope by Reiko's new means of communication, "finger Braille," which she devised based on her daily life with him. Mother and son courageously overcome difficulties one by one and open up new possibilities in their lives.
Gatunek: Drama, Family
Countries: Japan
Released on: 31 Dec 1969     Boxoffice: unknown

Soundtrack A Mother's Touch music above, see and visit videos to listen the song.